It seemed like only a minute ago Chrissy Tiegen and Tyra Banks were asking the world to stop asking them when they would have kids. On their short lived show “FabLife,” they both got rather emotional about their struggles, having both unsuccessfully tried IVF.

“I’ve had some not happy moments with that, very traumatic moments,” she [Tyra] said. “It’s difficult as you get older. It’s not something that can just happen.”

“John and I were having trouble. We would have had kids five, six years ago if it had happened,” she [Chrissy] said. “But my gosh, it’s been a process. 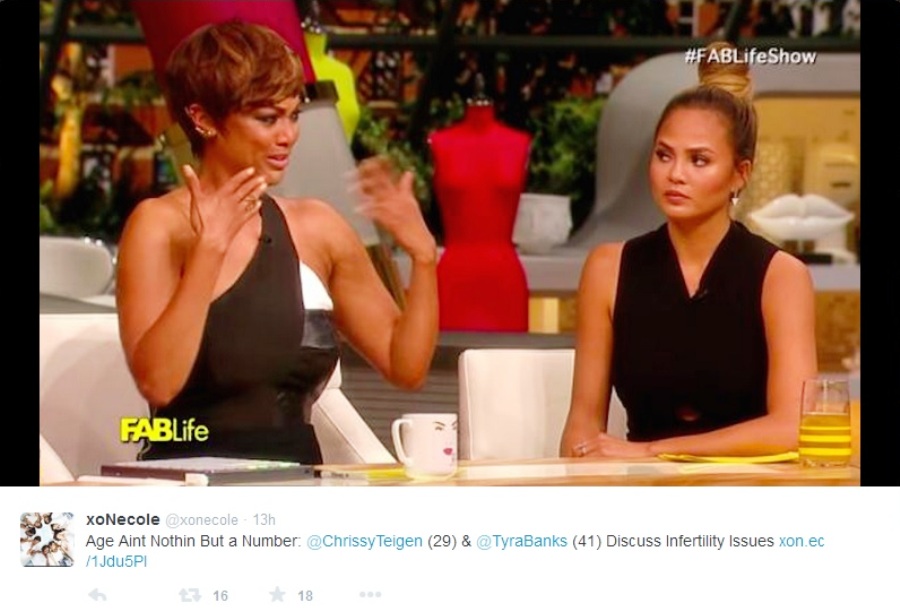 Fans rallied in support and sympathized with the pressures many women face.

But what a difference a day makes. Well not a day but shortly after this show aired, Chrissy announced that she was pregnant with baby Luna Legend via IVF. It wasn’t an easy road, Teigen telling SELF mag

“Emotionally, it could be really hard,” she said. “When you have these high-highs and low-lows, and you’re, like, cuckoo pants.”

“You don’t want to get your hopes up, but of course, you do,” she explained.

Then, even when she became pregnant, Teigen was still worried about what could happen. She told SELF that she got two ultrasounds every week for the first three months of the pregnancy, to make sure the baby was fine.

She was absolutely radiant while pregnant and popped out a gorgeous lil one. 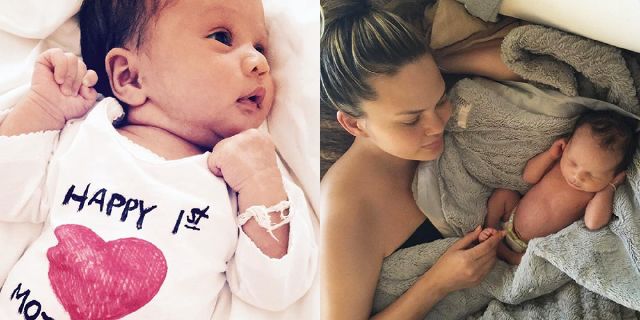 And at the top of 2016, via gestational surrogate (your eggs and sperm not your womb), Tyra welcomed baby York into the world.

In the process Tyra has gained 20lbs bc

“I want to be thick for my son,” she told The Insider With Yahoo while promoting her beauty line, Tyra Beauty. “I am 20 pounds heavier than when I told the world to kiss my fat a**.” – Yahoo.com

She has also found renewed purpose and passions. Picking up the skill of cooking because she wanted her kid to not associate cooking with others and fancy restaurants but with his momma. 🙂

Something I can totally get behind. ❤ that.

Congrats to these two newish momma’s. With fibroids there is the risk of being infertile, or even losing your uterus during surgery. However, if the goal is to be a mother, A) don’t let anyone, doctors included, pressure you into something you aren’t ready for and B) don’t let anything stop you. You may not be able to carry it, doesnt make it any less your niño.